A couple more frames of Lily. Here is the full body shot of our sexy bodybuilder. Sierra is proud of her body as are we to gaze apon it. Needless to say she turns heads when she walks around on campus and off. She works out 4 hours a day.
Posted by Bill at 6:27 PM No comments: We were so lucky to get Lily to pose for this updated picture.
Posted by Bill at 10:29 AM No comments: We went over to Carly's new apartment and found Samantha there. We are not sure what they were talking about but we captured this frame. It is not of very good quality but I thought to post it anyway.
Posted by Bill at 10:56 AM 2 comments: After getting many topless and nude texts from Lily, Carly desides to send one back to her. After class one day she strips down and gets herself fully erect and snaps a picture of her incredible length and sends it to Lily. 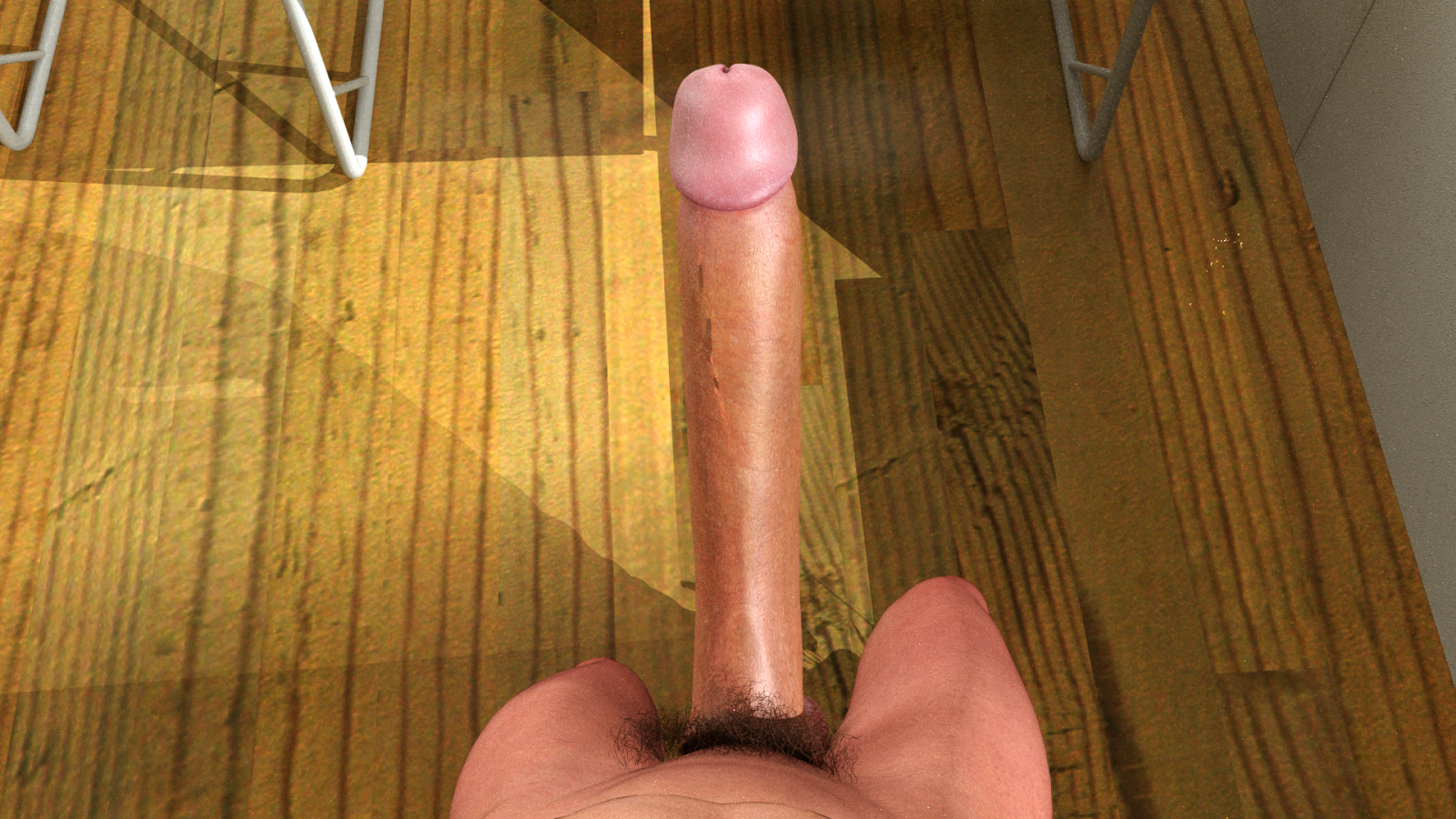 This is the picture Carly sent to Lily with the caption "Thinking of you". Lily left her phone out on her desk and went off into another room and a student assistant came in and was nosey and went through her photo gallery and found this picture. She tweeted it out to all her friends and they their frineds and so on, until the whole school has a copy of Carly's mega cock.
Posted by Bill at 9:52 AM 3 comments:

Hey everyone, I've got several more strips in the pipline. I just wish I had super rendering machines like some of those other artists. I do have two rendering machines dedicated to rendering and the laptop I use to create my works. Every spare moment those machines are hard at work.
I do tend to get side tracked with other strips and ideas I come up with and before long I got 3 new strips planned. then I think I need to do some single frame shots. Then I think I need to finish my current strips. I seem not to be one cut out for single frame pin ups. I like doing my series. I'm still learning to get my renders better. Self taught learning is slower than IRS giving back my money. Any good tips from experienced artists out there is welcome.
Well I'm rambling so....Check back in soon for a new series I'm putting the final renders to bed.
Bill 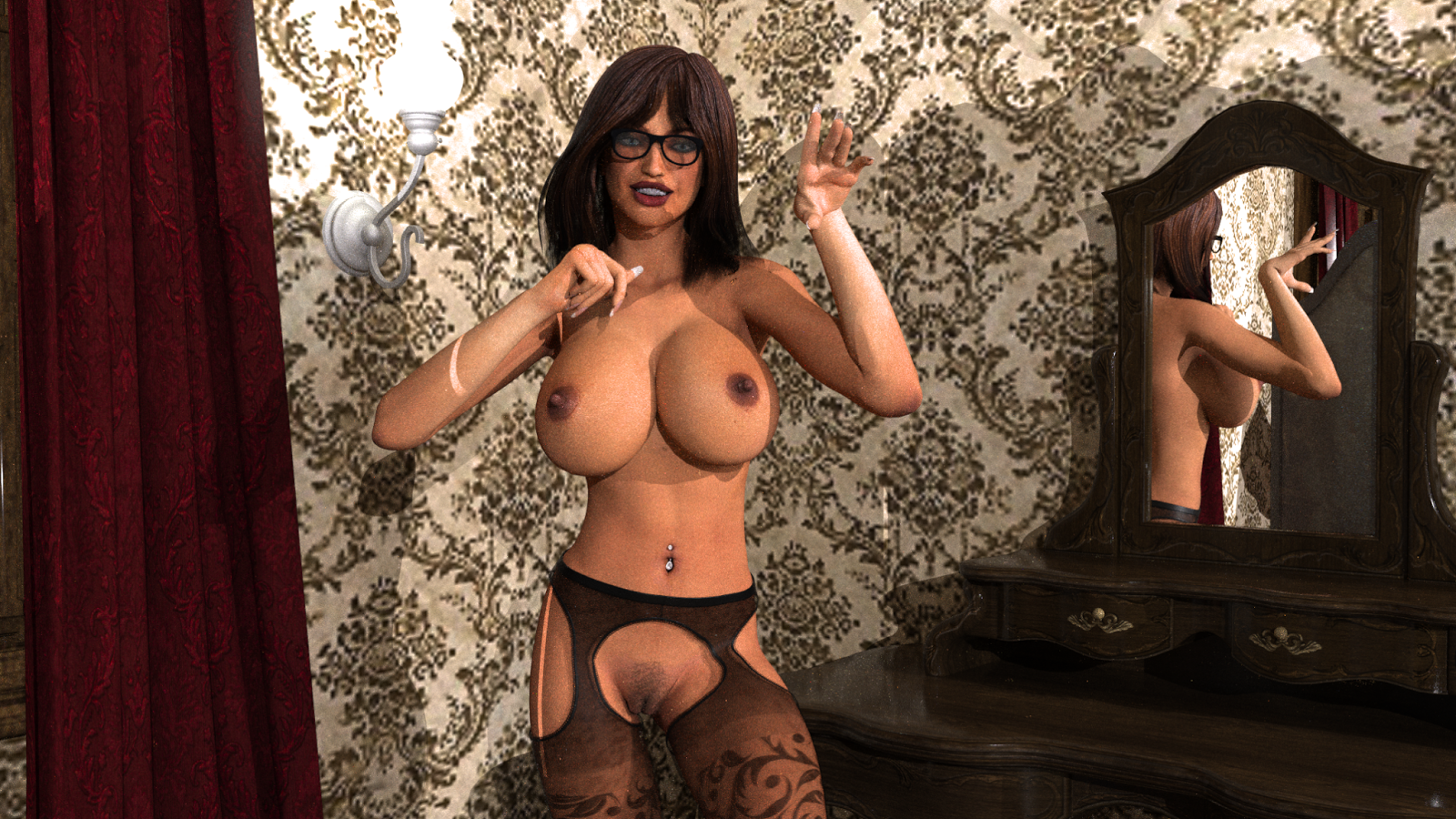 Name: Stacy Theresa Feldman
Age: 35
Status: Divorced
Occupation: Rose Hills Academy for Girls Dean of Students.
Bio: Stacy married early and divorced shortly there after. She had one daughter before the husband left her saying he didn't want a family. Her Daughter Tracy has never met her father, he left before she was born.
Stacy was lucky to have parents that helped and allowed her to remain in school. She earned a Masters in Business and a PhD in Education. Stacy is a former student of Rose Hills. After Graduation of College she took a job at a small college in a different part of the country. She became Assist Dean in only a few years. Then she was contacted by a former administrator of Rose Hills about applying for the open Deans position. She did and she was hired. The Board of Trustees loved getting a former student to run the school. Stacy's daughter Tracy now attends Rose Hills.
Stacy has taken control and straightened out the mess the former Dean made of the school's fiances. The building were not maintained nor was the grounds. Stacy had to find ways of bringing in more income to fill the budgets. She has also brought in several former students as administrators to help her out.
The school now is slowly beginning to see more revenues being created by the staff and students. Many clubs have began including the Multimedia/computer club. They have adopted a few new ways of fundraising. The first of many was the Staff Calendar's annual sales. Sold to wealthy patrons, the Calender features the Staff including the Dean Feldman topless and/or nude. Needless to say it was a huge hit and sales never slowed til the next year. Most of the staff volunteer to pose in it. They have videos and other things for sale to the wealthy patrons, bringing in much needed funds for the students.
Posted by Bill at 11:37 AM No comments: Lily slips Carly and herself into the staff spa an hour before it opens. Lily wanted to be alone with Carly to talk about things. The spa is nude friendly so the girls lay out by the pool. Lily and Carly are getting close, they talk all the time on the phone and hang out constantly together. Lily is very self conscious about her body, thinking it's not good enough for Carly. Carly's so well hung she thinks she would want a big breasted woman. Yet Carly wants to be with Lily and is thrilled at being alone here at the spa.
Carly gets nervous at being naked in public. Not all the staff know about her large cock, but the rumors are spreading fast. Carly no longer fears the talking. The Dean knows about it, so she doesn't fear about being fired. In fact it is a relief, knowing everyone is aware so she doesn't have to hide it anymore. She's proud of having a gifted 14 inches, knowing she impress any person trying to make her feel ostracized for being born with a penis. Carly happly strips down and catches a bit of fall sunlight.
Posted by Bill at 11:01 AM No comments: